If this content was beneficial to you, spread the love!

One of the best low-budget phones in Nigeria is Tecno Pop 4. It is regarded as the successor of the Tecno Pop 3 and comes with many exciting upgrades. The Tecno Pop 4 Smartphone was released in the year 2020 and is a durable smartphone. This Tecno upgrade is better than its predecessor in many ways. It is a simple 2G RAM android phone that runs with an operating system called Android 10 Go Edition.

In the course of this article, we would be looking at the price of Tecno Pop 4 in Nigeria, its specification, and buyers guide. Without further mouthing, let us delve into an extensive Tecno Pop 4 review.

Taking a Dip into the Specifications of Tecno Pop 4

This smartphone comes with a lot of goodies for Nigerian cell phone users. Starting from the battery to the camera, connectivity, and even general performance, Pop 4 is indeed a cell phone that is worth the buy. It is equipped with cool features that make it good for handheld and mobile use.

In the course of subsequent paragraphs, we would be looking at a review of some of the specifications of this popular smartphone in Nigeria.

The Design and Display of Tecno Pop 4

It would not be wrong to assert that Tecno pop 4 is a good-looking phone. If you see the backside of this smartphone, there are high chances that you would fall for it. It is has a modern visage with a back cover that can be easily taken off. The only thing is that the battery of Pop 4 is non-detachable. On the back of the Tecno Pop 4, there is a camera, an LED flash, and a fingerprint scanner that is mounted at the rear side of the phone.

Furthermore, the Tecno Pop 4 has a 6-inch screen that has a resolution of 480×960 pixels. With it, you can stream youtube videos or videos from any other video hosting platform in HD. Still, on the display, the phone is equipped with a scratch-resistant glass protector.

The Performance and Software

This smartphone was created by Mediatek MT6580, HiOS v 6.2 UI. As I stated earlier, it comes with an OS of the Android 10 Go Edition. Plus, it has a quad-core with a speed of 1.3 GHz. Surprisingly, the Pop 4 is something that is worth boasting about.

Imagine a smartphone that combines the speed of the Andriod Go operating system and a 2G RAM. Not forgetting, it is a budget-friendly gaming smartphone that can be used to play RAM demanding games like; Grand theft, PES 2021, and Dream league soccer. A lot of persons love to boast of the screen size and camera quality of their phones, but do not question the sound. The Pop 4 has good sound quality and a 3.5 mm jack for earphones and headsets.

The Camera of Tecno Pop 4

The camera features of the Tecno Pop 4 can match up with those of other big-brand smartphones in the Nigerian market. The producers of this Android phone tried their best and pushed the boundaries of technology to deliver this phone into the Tecno Andriod phone series. With a 6-inch screen of the Pop 4, the chipsets and the camera sensors of the phone is up to the visual tasks that Nigerian smartphone would place, should they purchase this phone.

Did you know that the camera of the Tecno Pop 4 is well equipped with a Geo-tagging feature? It has a 5-megapixel camera in the back of the phone. It can be used to take better pictures and record videos in HD. The best part of the camera of Tecno pop 4 is that the camera can take detailed pictures.

For the front of this android phone, there is an 8MP camera. The front camera allows for face ID identification, Face-beauty that makes selfies a lot better. Not forgetting, the Tecno Pop 4 has a LED flash too.

The Battery and Connectivity

The major feature of this smartphone that justifies its price in the Tecno family is the battery. The Tecno Pop smartphone is well equipped with a 5000mah battery. Our team at Nairpawa tested the smartphone and came to terms with the fact that it can last for 2 days with heavy usage. And with just moderate use the Pop 4 can last for up to 5 days. According to some reviews from other sites, we learned that in their tests, the 5000mAh battery of the phone could last for 4 days with manual use. However, we at nairapawa are not surprised.

The only con of the Tecno Pop 4 is that it is not fast charging. You can bypass this by charging it when you are going to sleep.

Coming to terms with the cell phone, it is not a 4G enabled phone. It is a simple 3G Android phone that supports Nano-SIM and dual SIM card slots. To compensate for not being 3G in its original build. Just like the Tecno Spark 3, the Phone can be upgraded to a 4G LTE network. Other important features of the Tecno Pop 4 include; WiFi spot, FM radio, Hotspot, a Micro USB 2.0, and GPS.

If you are looking for a budget-friendly smartphone that can play games, as well as take good pictures, then make the Tecno Pop 4 a must-buy. 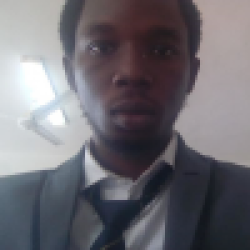 Follow Me
David Atulegwu
David Atulegwu Is the Chief Editor of Nairapawa. He has passion for novel Philosophical Ideas and is also a programming enthusiast.

Follow Me
Latest posts by David Atulegwu (see all)
If this content was beneficial to you, spread the love!